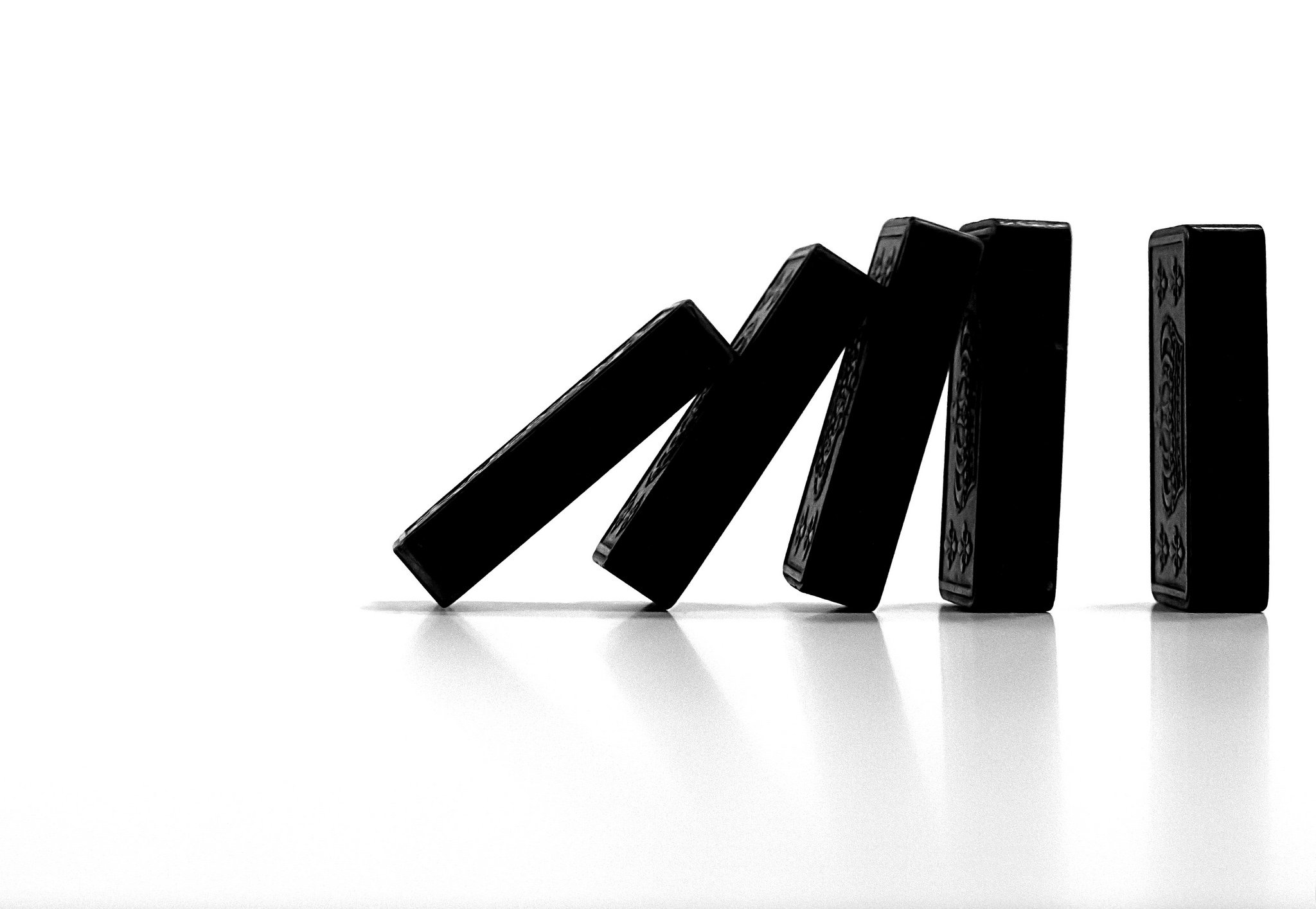 When I knock down a row of dominoes, I’m demonstrating a classic cause-and-effect sequence.  The last domino falls because the one immediately before it knocks it over.  And that one fell  because of the one before it.  And so it goes all the way back to the first.

The answer to this is at the heart of the question: “who made God?”

Skeptics will often use this chain of reasoning in their attempt to show that the concept of God is a flawed one.

So, does it work?  Christians claim that God has always existed and was never created (cf. Isaiah 44:6, John 1:1).  But does applying the above reasoning prove that this Christian understanding is flawed and that God must have had a creator or beginning?

I argue firmly that it does not.

Rather, it is only the Christian understanding of God (always existing) that can account for all that we see.

If God was created (or had a beginning) at some point, then we must ask the question: who (or what) did it?  Of course, if this were true, then God would not be “the Alpha and the Omega, the first and the last.” (Revelation 22:13).

But, for the sake of argument, let’s say that it is true.  Let’s say God had a beginning.  And if he had a beginning, then there must be a something that created him (remember our domino chain).  That something would now fill the role of “God” as the first cause.

You see, with this kind of reasoning, the skeptic hasn’t removed God, she’s just redefined him.  She’s only said that the Christian God is not the real God.  And instead there is another hidden god somewhere that’s the real creator.

But then, doesn’t this beg the question: why?

As we’ve analyzed the logic of this question, something deeper begins to emerge.  We can ask it like this: why would the skeptic want to re-define God?

Or, put another way: why would anyone want their way above God’s way?

This is the problem of us all, isn’t it?  Going all the way back to Genesis 3: man rebelled again God.  The rest of the Bible is the story of God’s love through redemption.

This question (who made God?) is not a logical defeater for the Christian.  Rather, it is a cover for the deeper issue that we fight every day: our own rebellion.