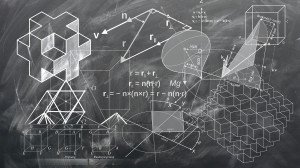 We all know real work is hard.  And conventional wisdom tells us that’s a good thing.

But not everyone who works hard gets ahead.

One reason, I believe, is because there are two kinds of hard work.

There’s the up front work of performing.  This is what everyone sees.  This is coming through under pressure, when a zillion fans (and peanut-galleries, too) are watching and screaming.

And then there’s the background work of practicing.  This is the one that doesn’t get seen by anyone else.  It’s completely non-glamorous.  Before the Beatles took the early sixties by storm, they were playing 8-hour shows, seven days a week, in a converted strip club in Hamburg.

While both kinds of work are important, they are not the same thing.

It’s easy to focus on the hard work of performance.  After all, that’s what everyone sees.  But if we want to make it–really make it–then we have to focus on the invisible background stuff that no one will ever see (not directly anyway).  That’s the path to success.

But the good news is: it’s all in your head.  There’s no social barrier or IQ test to pass.  Anyone who wants to have it can.  The difference between successful and non-successful people is often just one thing: their choices.

The successful ones chose to keep going.