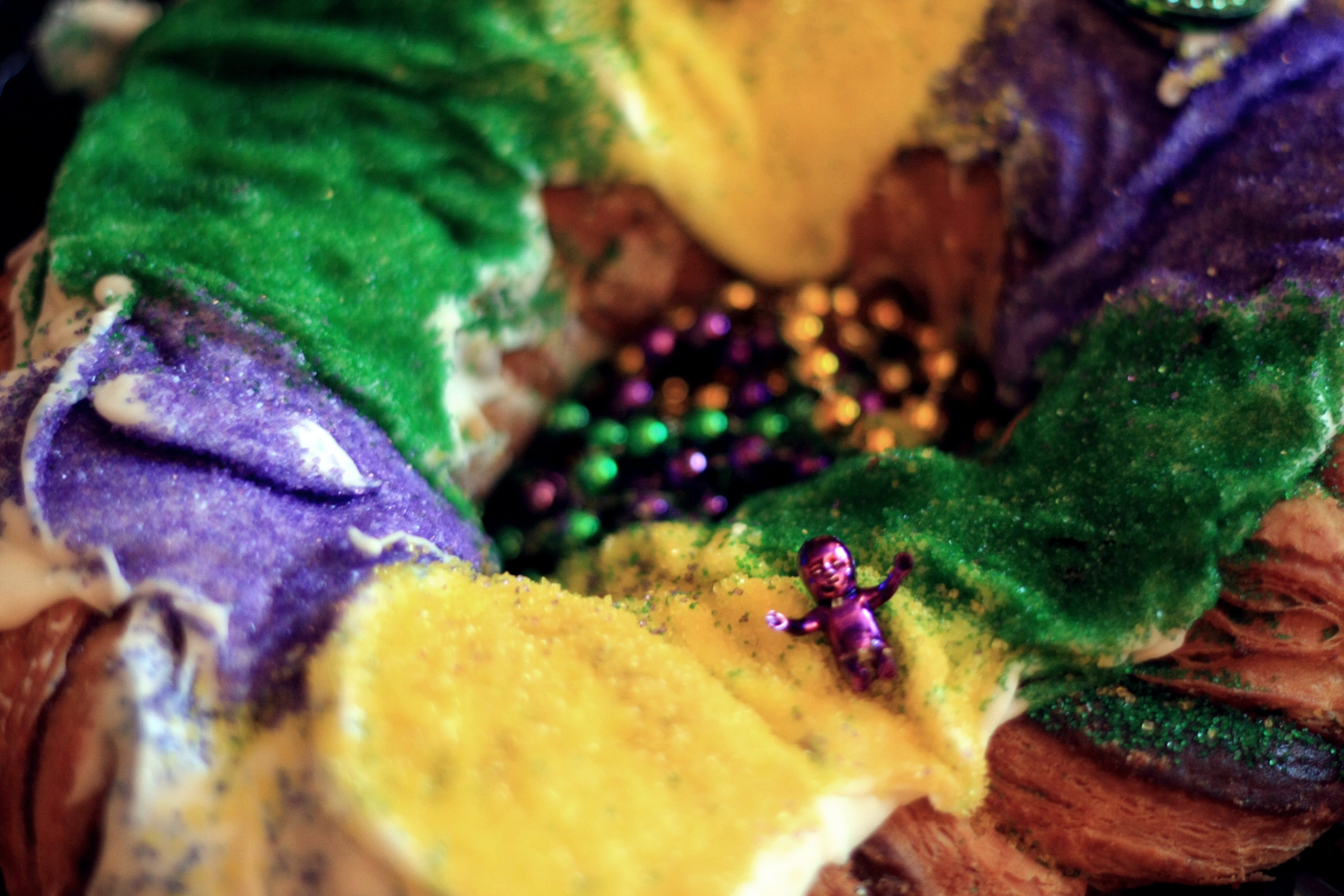 That means streets have been shut down for a solid two weeks now, people are collecting tacky, plastic jewelry by the ton, and normal cinnamon bread has been bathed in a few-too-many healthy douses of pure-sugar to become a true gift from God.

So far this season I’ve been to three parades—hardly a number to brag about, except that I found myself at none of them on purpose.  Don’t get me wrong, It’s not that I don’t like parades.  Some of my all-time favorite activities include standing amongst strangers on the side of the road, while waiting for more strangers dressed up (and sometimes not dressed at all) to throw little plastics at me from atop bus-sized paper mache’d trucks.  No, I’m cool with that.  It’s more that I don’t think it will be able to compete with the first of my Mardi Gras memories.

I remember being somewhere around the leafy green age of six and a half and going to a parade with my granddad.  It was only a few blocks from his house, so we walked the whole way.  There are actually only two things I can recall about the whole experience.  The first was that we walked in the street.  The big street.  It was a surreal moment for me.  I remember staring down as we walked, ingesting every little detail.  Being raised in the church, I’d heard people talk about things like the rapture.  I didn’t know what that was, but I was pretty sure this might have been it.

The second thing I remember was a man on top of one of the floats throwing purple metal coins with the year stamped on each of them.  One fell near us, and my granddad promptly slammed his foot down on top of it.  I bent down to grab it—because grabbing everything was the name of the game—and as he lifted his foot ever so slightly for me, another full grown man (also avidly grabbing everything in site) reached for it first.  Really?  I was right there.  My granddad didn’t let him get it though.  Granddad clearly knew how valuable these were.  Suffice it to say, I was much faster the next time one those little beauties plinked next to me.  As the night breathed on, I became more convinced–this was certainly the rapture.  I learned more than a few things that night.

For many reasons, I don’t think I’ll be able to go another parade again–outside of me and my car getting gridlocked in perennial parade traffic, I mean.  The bar has just been set a little too high.

The King Cake, on the other hand, has been glorious.  Not a single bit of nostalgia has withered my enthusiasm for it.  In fact, I’m now measuring the amount of sugar I have consumed in the last two weeks in terms that would rival the Stay Puft Marshmallow Man from the first Ghostbusters.  And what, may I ask, is wrong with that?