Jesus and the GOP 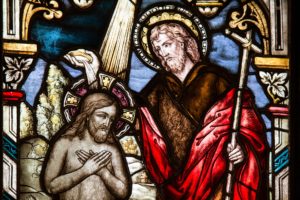 A lot of people confuse the conservative party of America with Christianity. But the two things are fundamentally different.

Following a political party is about finding a group that aligns with your values. And that’s good. There is power in numbers.

But following Jesus is about giving up your values to get new ones.

The first one serves you, while the second one is served by you.

It’s an election year. And lots of labels get thrown around. But Christianity stands apart. It’s a label many claim but only a few live by (Jesus said that, Matthew 7:13-14).

So what is it? What’s the thing that actually makes Christianity different?

Jesus said, “If you want to be my disciple, you must hate everyone else by comparison–your father and mother, wife and children, brothers and sisters–yes, even your own life. Otherwise, you cannot be my disciple” (Luke 14:26).

Of course hate is hyperbole. He’s not telling us to literally hate (Matthew 5:44). But he is making a point about priorities. He must be first. That’s the definition of a Christian: God first. And because God loves the world, Christians love the world.

At the risk of sounding like a commercial, here’s what I mean. Last Sunday, hours after the worst mass-shooting in US history, Chick-fil-a opened their closed-on-Sundays doors to donate food to the blood donors and law enforcement in Orlando. (You can read more about it here on the Huffington Post.)

Chick-fil-a takes all kinds of media beatings for their stance on traditional marriage. So…why do this for victims of a gay club?

Because those are the kinds of things Jesus did.

We don’t love because we’re in league.

We love because the stakes are that high.