The Value of not Losing face

I fail at this enough to know it works.

For the past 79 years, Dale Carnegie’s How to Win Friends and Influence People has continued to be a best seller.  The reason?  Because what he writes is true. 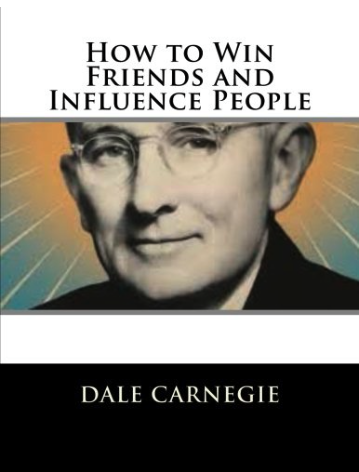 His premise is this: you get out of a relationship what you put in.

The other day at work, I was able to see this in action.  I received an email from someone who practiced the virtue of being a jerk like it was a dying art.

It was the kind of email where they start using your name in places where it doesn’t really belong—as if to emphasize, Joe, that the level of idiocy to which you have sunk is, quite frankly, without parallel or peer.

I wrote a few draft responses.

But I was stuck.  I was looking for that special way of pummeling her Philistine style while also causing her to see her reprobate ways.  You know, something that would result in a gushing apology that goes on and on about how wrong she was and how right I was.

It was a bugaboo to be sure.

In the end I opted for something else.  I addressed the facts of her email in a nice, non-passive-aggressive way.

And I…never heard back from her.

But that’s okay.  I still think Dale had it right.  How to Win Friends is a book about improving your perspective (not about manipulating others’).  It’s a book I’ve short listed and dog-eared, because I come back to it so often.

If you ever find yourself talking to people, or if you think you might ever run into a person and exchange perhaps a sentence or two, then I suggest you read this book.

(And if you’re already a fan, I’d love to hear how it’s helped you!)