F+ …the bright side of failure 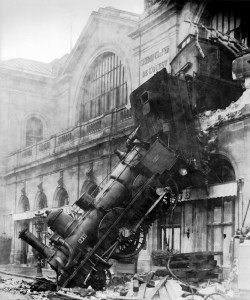 A few months back, Graham, my two-year-old, touched the stove.  It wasn’t too bad.  He’s alright.  But it was enough to leave an impression on him.  Now he knows: the stove is hot.

I’m 28 years older than Graham.  And I’m just now starting to get my head around this lesson.

Every day I go out into the world.  I have a job.  I have a boss.  I have bills and a mortgage.  And every day, I have at least one failure.

I forgot to add a line item on that budget, or I snapped at my boss, or I forgot to set up auto-pay.  I do the wrong thing and it hurts.

The lesson I’m learning is this: there are two ways to handle failure.  I can either pull back and never risk the burn again.

Or, I can mark that bad approach off the list and look for a better one.  Graham might still reach for something near the stove, but he sure won’t be touching the burner in the process.

The lesson is this: failure is a direction, not a destination.