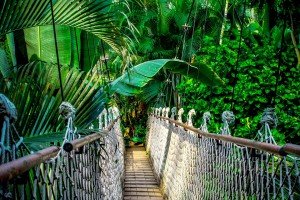 I used to think that if I was willing to follow God, that he would show up and do all this stuff. It’s as if my willingness was where my part ended.

I’m writing a series right now the Subtly of Fear (see other posts here). There’s an overt way fear works (fear of heights or fear of loosing your job). But there’s also a covert way it works. And I think this covert way is much more common, because it often doesn’t look like fear. But it often puts us in the exact same do-nothing position.

I would pray about something and get the feeling that this was the right way to go.  And then I’d wait. I’d wait for God to show and do his stuff. For some reason, I never really saw God doing anything.

And then I had an oh moment.  Somehow I realized I was supposed to get up.

If I’m truly looking to serve God, then my work is not negating God’s work. I used to think it was. If I did something, it would take the credit away from God doing it. This is a bit silly to write out, but this is what I thought.

And then I realized that God uses what we do. Sure, he still acts completely independent of us. But he’s also called us to work along side him, and to be involved in his work.

When we do this, we open ourselves up to two things.

The first is the fear of failure

When I meet someone for lunch, if I’m the first to get there, I’m always a little afraid that they might have forgotten me. There’s a risk there. I could be embarrassed because someone forgot about our lunch. And I could have also wasted time that I could have used elsewhere.

Whenever we do something there’s always the risk of failure.

The second is seeing God

I used to think actual miracles were only something that happened a long time ago. I’ve come to learn that I wasn’t seeing miracles because I wasn’t working very closely with God. I was facing the wrong direction and had my headphones in. I didn’t see or hear what God was doing because I wasn’t there.

As soon as I started taking the risk, I saw God working everywhere.

Trust is how we mitigate risk.